so the car hasn't even been transferred into my name yet - but there's always parts to buy.

the great thing about silvias is there's always someone who's crashed their one and are parting it out.

so why not buy... most of the interior, bootlid, dash, engine bay plastics, entire carpet?

plus we have to get rid of the terrible 19" chrome wheels that the car came on. let's go with stock wheels and bridgestone RE003s while we decide exactly which jdm wheels to put on. thank god for a big daily driver to cart around all this crap.

and since we're in the mood, some nismo s-tune suspension and a fujitsubo exhaust? 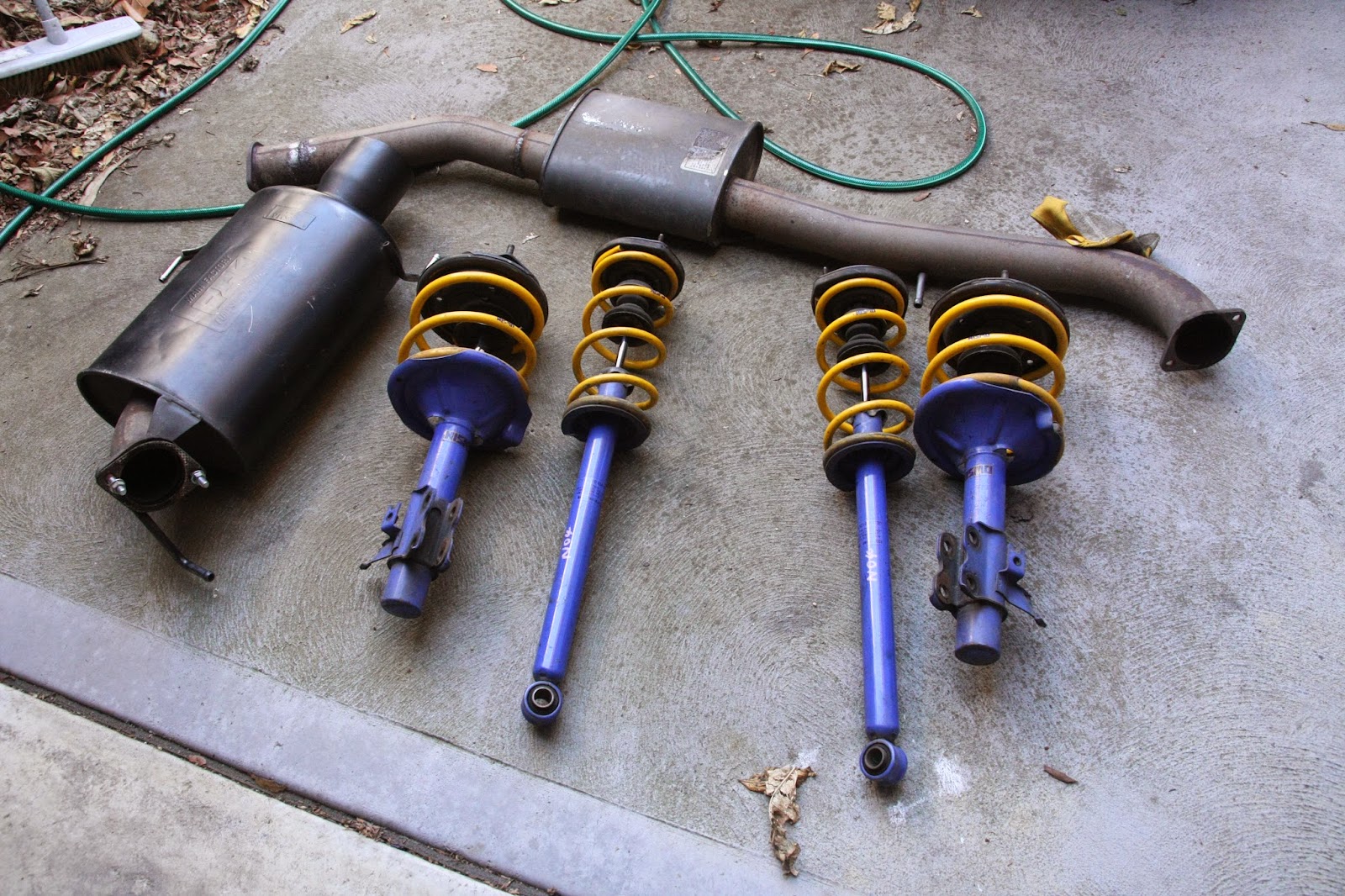 would be nice to actually register the car and start driving it one day. already joined up with the nissan/datsun owners club for entry into msca competition events - again, even though the car is still in pieces.
Posted by T&T at 4:09 AM 0 comments

so when i bought the s15, it only had one key - a bit of a problem, since there's a transponder in it (NATS) that means the car won't start if the transponder is missing. Ordered a nice looking Nissan key with space for transponder off ebay and then set about looking for a locksmith.

first tried wynn locksmith in preston. Big mistake. Went in on a saturday morning, since i work the rest of the week. They had one guy working and a queue of people.

After waiting an hour, he cut my key for me and sold me a transponder for $30. This key was cut off my original key. Didn't work.

Waited in line for another 30 minutes. Now he said he'll sell me one of their keys. Charged me $50. This one worked.

having had enough, i went to Bond Locksmiths in Springfield Road,Nunawading. The blokes here actually know their stuff. Took one look at my "new" old key and basically said whoever cut that key was pretty #$$#@@$#$% for using a 15 year old worn key as a basis for a new key.

ho, based on the code from the manufacturer, Bond Locksmith cut me a brand new key - that actually works! The only thing they could salvage from the f@#$$ed key was the transponder.

Bond Locksmith can also replicate transponder keys, and unlike other locksmiths, actually know what they're talking about. so in future, clearly I'll only be using and recommending them. i'm going back this week to get another spare key made. don't bother with anyone else in melbourne.

so, spent some spare time just trying to tidy up the car before taking it for a rwc (safety certificate).

this car had been pretty neglected - i don't think it had been washed in a year, smoked inside, and dirt everywhere under the bonnet.

so just grab a spray of generic "black stuff"

and a couple of minutes later things are starting to look a bit nicer. Also took a microfibre towel to anything I could to mop up dust. 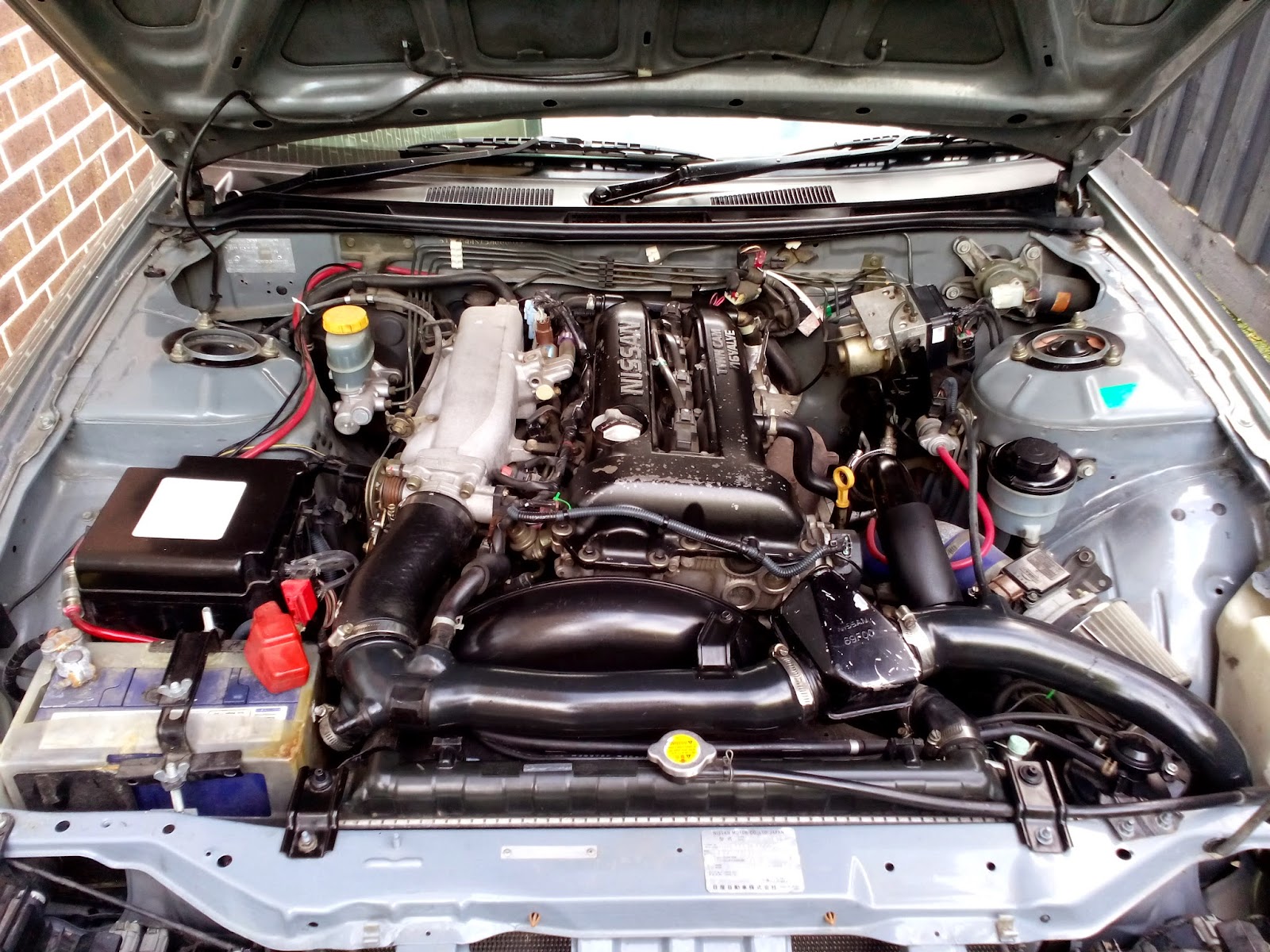 and more recently, i've reinstalled the stock diverter valve ("blow off" valve) and airbox with snorkel. one thing about S15s, there's always plenty of them being wrecked and spare parts are pretty common to come by. 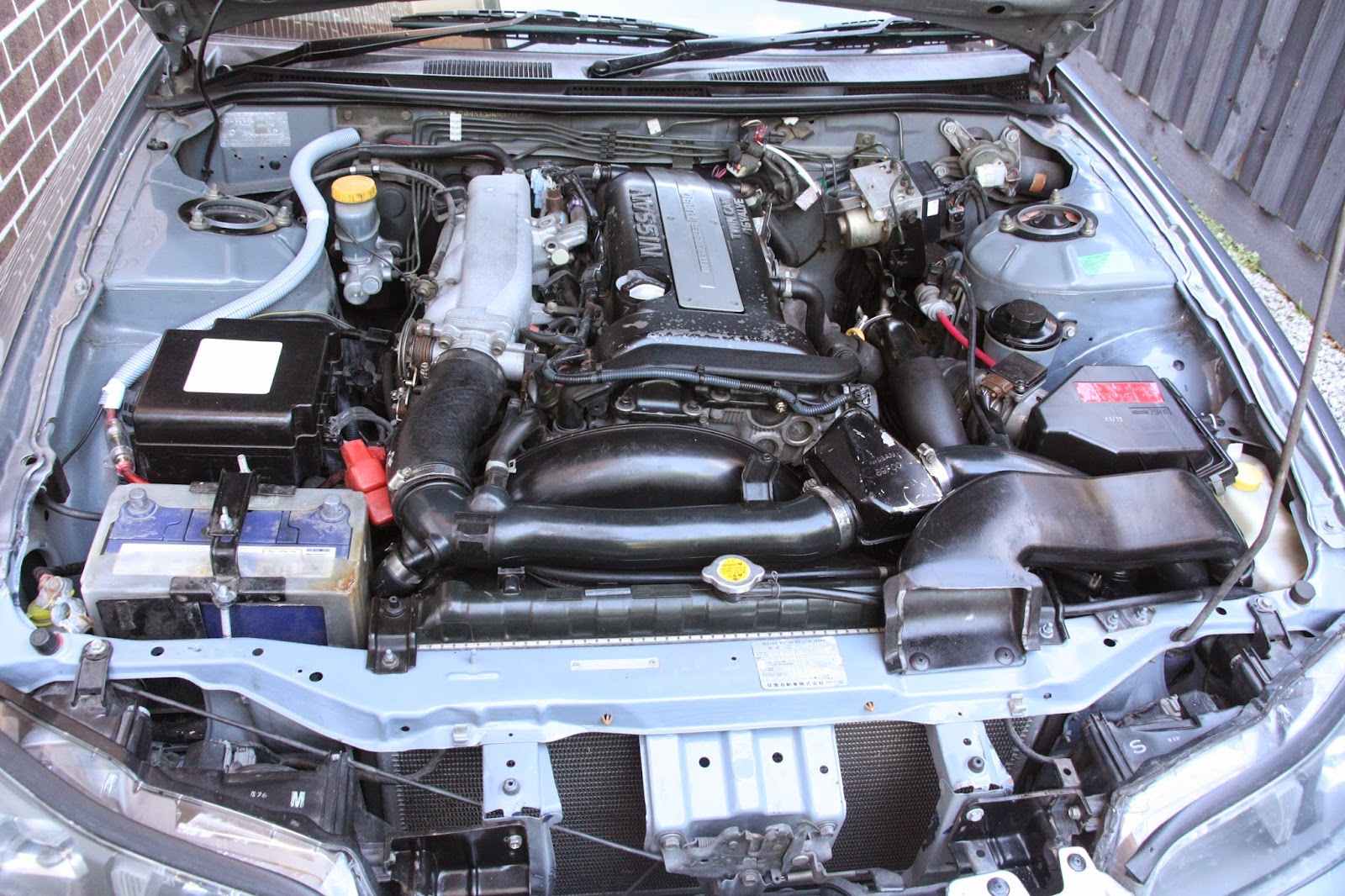 why? well it probably wouldn't pass RWC with the bov blocked at the throttle inlet - plenty of stupid "SuTuutoottuutoooo" for the idiots out these but pretty immature. plus a big exposed pod sucking up engine bay heat is never going to do anything but add more noise and less power.
Posted by T&T at 1:36 AM 0 comments

so back in the late 90s, the subaru impreza wrx was one of the best bargain performance cars available in australia. while nissan did have a limnited release of r32 GTRs, they didn't have anything that could really compete against the wrx - until they decided to release the s15 silvia locally as the 200sx.

with a turbocharged, 2.0l 4 cylinder engine, a 6 speed manual driving the rear wheels with LSD and a very sexy coupe body, the s15 has become a cult car in australia and holds its value incredibly well!

so yesterday, my brother sends me a text message saying - "buy this s15, it's a bargain" - and 7 hours later i did. 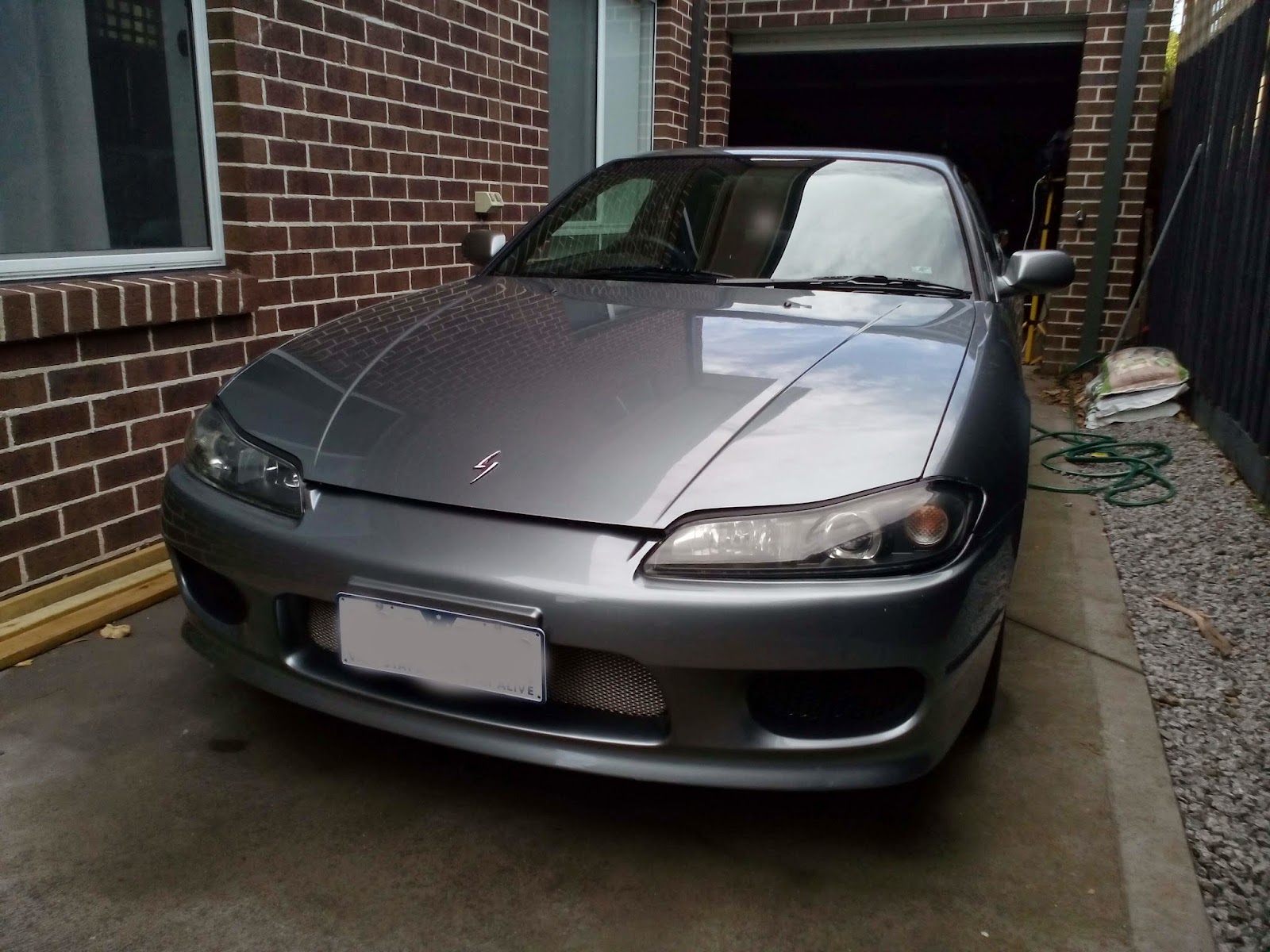 it comes with some godawful 19" chrome wheels and broken suspension.

plus the recirculating valve (BOV) has been blocked off so you get stupid flutter everytime you step off the accelerator.

it needs a lot of love & care to restore her to proper jdm spec, but at least it has some good points - a great gearbox & clutch, rare sunroof, and potential.

if i can remember to update this blog, hopefully keep track of the restoration process. today was mainly a massive exterior clean, involving a snow foam gun, 2 bucket wash, clay bar, rewash, wax. polish of the headlights, though i think i might need to replace them as they've previously been opened. a little tidy of the engine bay too, to restore the factory shine on most plastics. overall in pretty tidy condition for a 15 year olf car.
Posted by T&T at 12:30 AM 0 comments